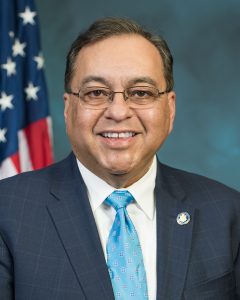 CHICAGO, IL – U.S. Housing and Urban Development (HUD) Regional Administrator Joseph P. Galvan was elected to serve as the Chair of the Chicago Federal Executive Board (FEB). Chicago FEB members and area agency leadership elected Joseph P. Galvan to serve as Chairman where he is spearheading coordination efforts of shared initiatives across 178 federal offices and agencies representing approximately 45,000 Federal employees and military personnel in the Chicagoland area and following counties: Cook, DeKalb, DuPage, Grundy, Kane, Kendall, Lake, McHenry, and Will counties in Illinois, and Lake and Porter counties in Indiana.

The mission of the Federal Executive Board is to increase the effectiveness of the federal government by strengthening coordination of government activities. The primary objectives in serving as a catalyst for better government include (1) Emergency Preparedness (2) Workforce Development (3) Government & Community Partnerships.

President Trump appointed Joseph P. Galvan as HUD Midwest Regional Administrator in December 2017. He previously served in this capacity under President George W. Bush’s administration from 2001 to January 2009, when he also served as FEB Board Chair.

“I am delighted to return to this role as Chair of the Chicago Federal Executive Board,” said HUD Midwest Regional Administrator Joseph P. Galvan. “It is an honor to serve in this capacity as we strive to reduce redundancies while creating synergies across government as we work collaboratively to best serve the community,” said Galvan.